The MIKOS technology is modular in design and can support multiple products and applications. The first four modules described below, taken together, are referred to as the Language Comprehension Core and are treated as a unit in our product descriptions. 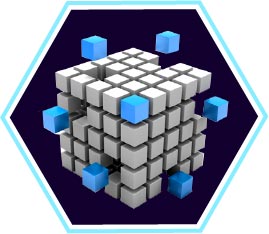 At the core of all New Sapience Products is the Epistemological Framework or kernel. The framework is an embodiment of the company’s original epistemological theories which explain that knowledge has a hidden structure that may be exploited to create compact specifications for complex ideas based on meta-knowledge, that is, knowledge about knowledge. The framework provides a structure for classifying individual concepts along a minimum  three epistemological dimensions. What this means is that domain specific knowledge can be easily added to the model and used to solve problems without little or no domain specific logic (code).

The Application World Model is the knowledge needed by the application. Along with the development of the Epistemological Framework, New Sapience has developed a methodology for transferring knowledge as it apprehended in the mind to a format that can be imported into our software. We call this Epistemological Engineering. The process, which is supported by our model development environment, consists of identifying the core concepts that underlie our understanding of a problem domain and arranging them into a compact structure that fits within the broader epistemological kernel.

The Common Sense World Model is required for applications that require conversational interaction with people. This model is designed to provide general world knowledge for the purpose of natural language comprehension. It provides a working vocabulary and level of language comprehension roughly equivalent to that of a child that has mastered their native language and is ready learn more about the world through reading and conversation. Applications with this and its supported modules described below can learn pedagogically through language or have their knowledge extended through applications specific knowledge models.

The Natural Language model contains knowledge about grammar and linguistics common to all human natural languages. This model is required for applications that require conversational interaction with people, and must be accompanied by at least one Language specific model. The first available language specific module with be English with others to follow in accordance with their markets.

Great care has been taken to model English language vocabulary and concepts in a module that is distinct from linguistic concepts that all languages share. Other language modules will be developed and a given application can support multiple language modules as the same time. 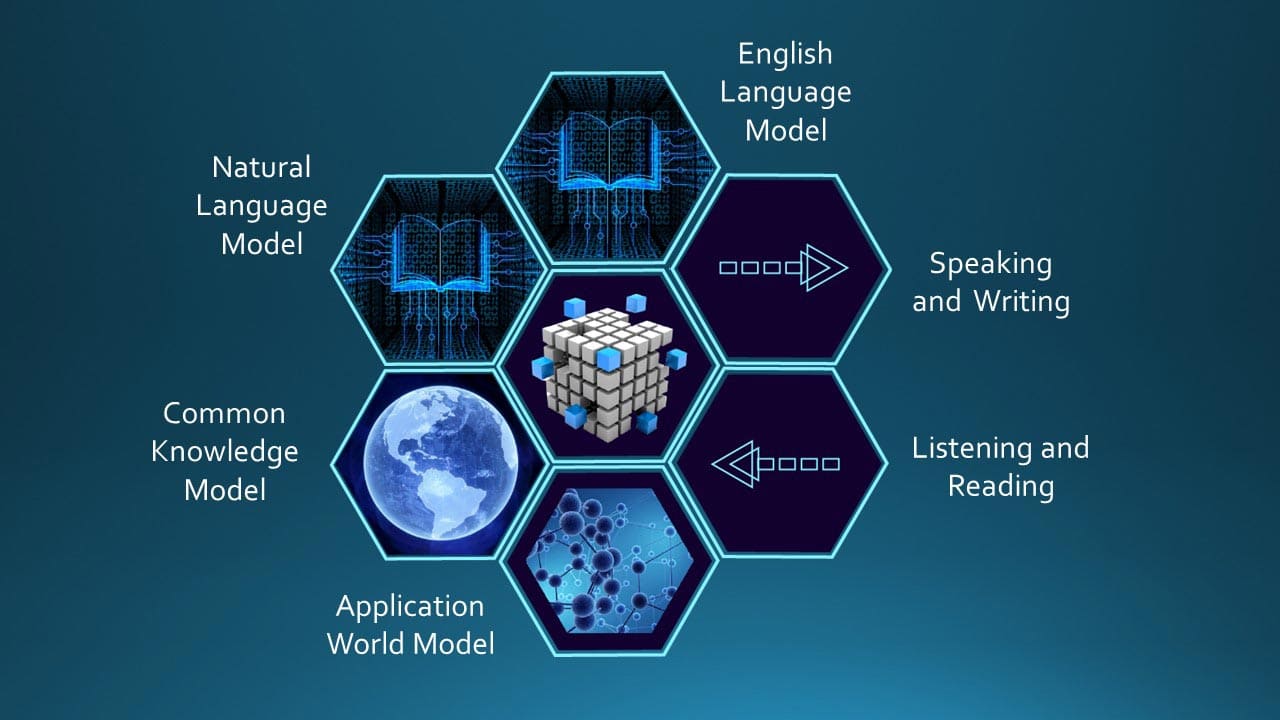 All KM applications are built around the Epistemological Kernel, an Application World Model that contains the knowledge the solution needs to perform its intended function and at least one interface for information to flow in and out of the application.
All sapiens applications contain three additional standard modules: 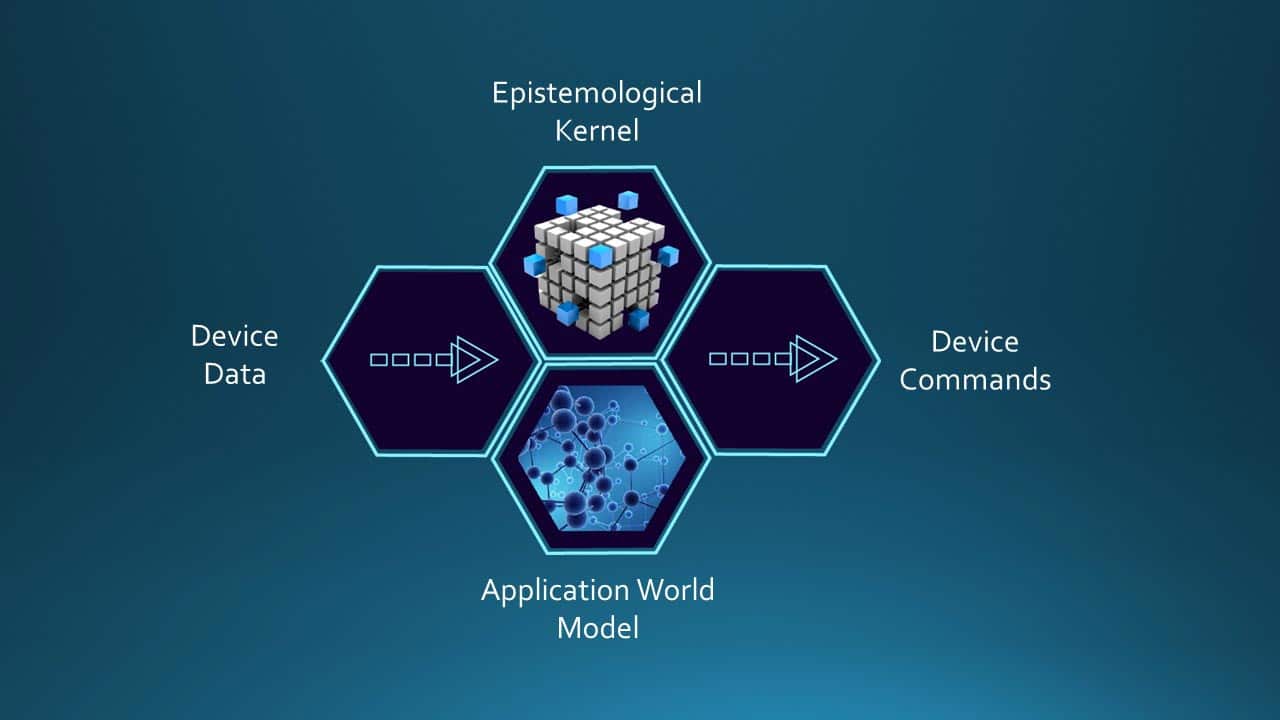 Core modules for MK Applications consist of one or more data interfaces that can be either uni or bi-directional. The MIKOS engine abstracts interfaces allowing multiple lines of asynchronous communication into and out of model.
The application world models for MK Applications usually describe the system that is being monitored and/or controlled as a state model where the state of the top level system is automatically recognized based of the states of it’s subsystems. The architecture of the epistemological kernel facilitates modeling incoming data from multiple perspectives at the same time.  For example, a system’s real-time operating state can be determined in parallel with maintenance states, reliability states or other status determinations. 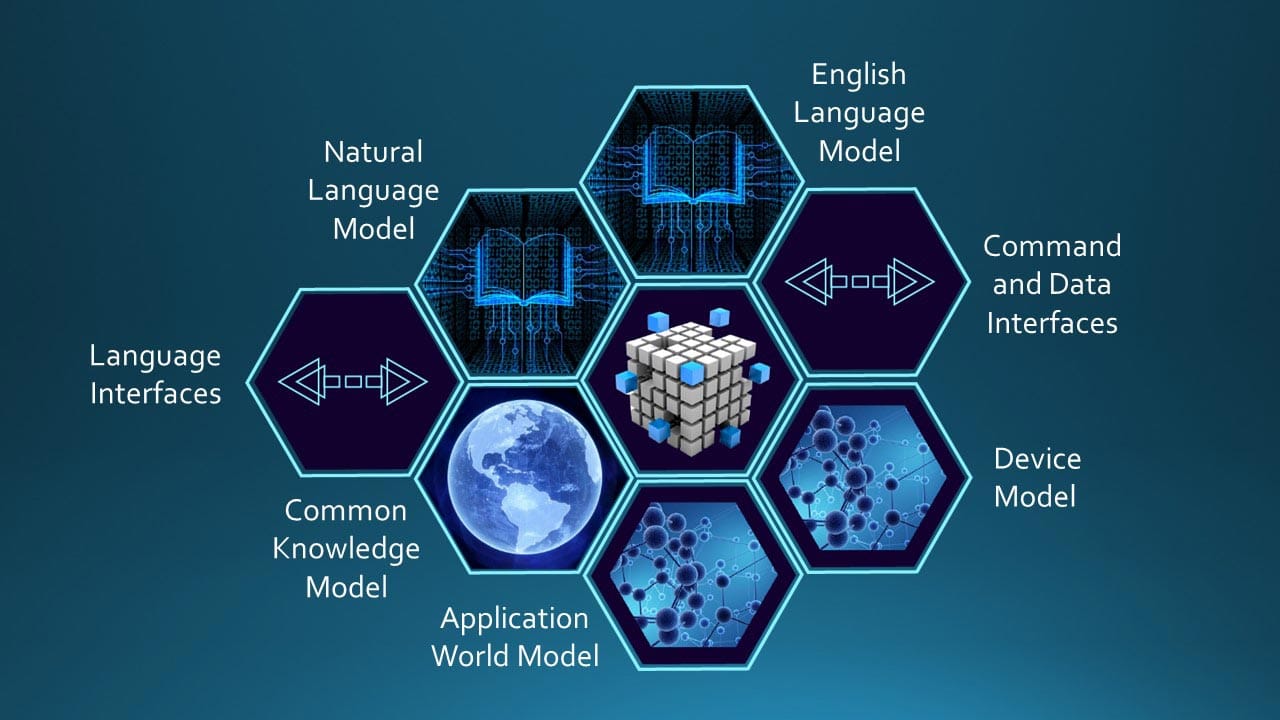 A Robotic Sapiens solution is the result of simply combining the sapiens modules with the modules that monitor and control hardware or intrepret orther non-linguistic information. The world application model defines the intersection of knowledge about the user, the language that is specific to the application, and the user’s desires and intents with respect to the device. The device model monitors the health of the device and maps user intents into commands. The combination of the two custom model modules means that a robotic sapiens understands what you want and does what you say.